On the 13th September 1465, Rao Bika, a young Rathore Rajput prince, son of Rao Jodha, Maharaja of Jodhpur left his parental state of Jodhpur along with his younger brother, his uncles and together with some 100 horsemen and 500 soldiers he headed towards the great desert of India “ the Thar. On the borders of the desert was a region called Janglu or the area of ‘ Wilderness ‘.

Rao Bika proceeded steadily; he paused every now and then to consolidate the new lands he was conquering. Rao Bika continued with his conquests and soon had a sizeable kingdom under his control. He finally laid the foundation of the city on the 12th April 1488; a new kingdom was formed and was named Bikaner after its founder, Rao Bika, the first ruler 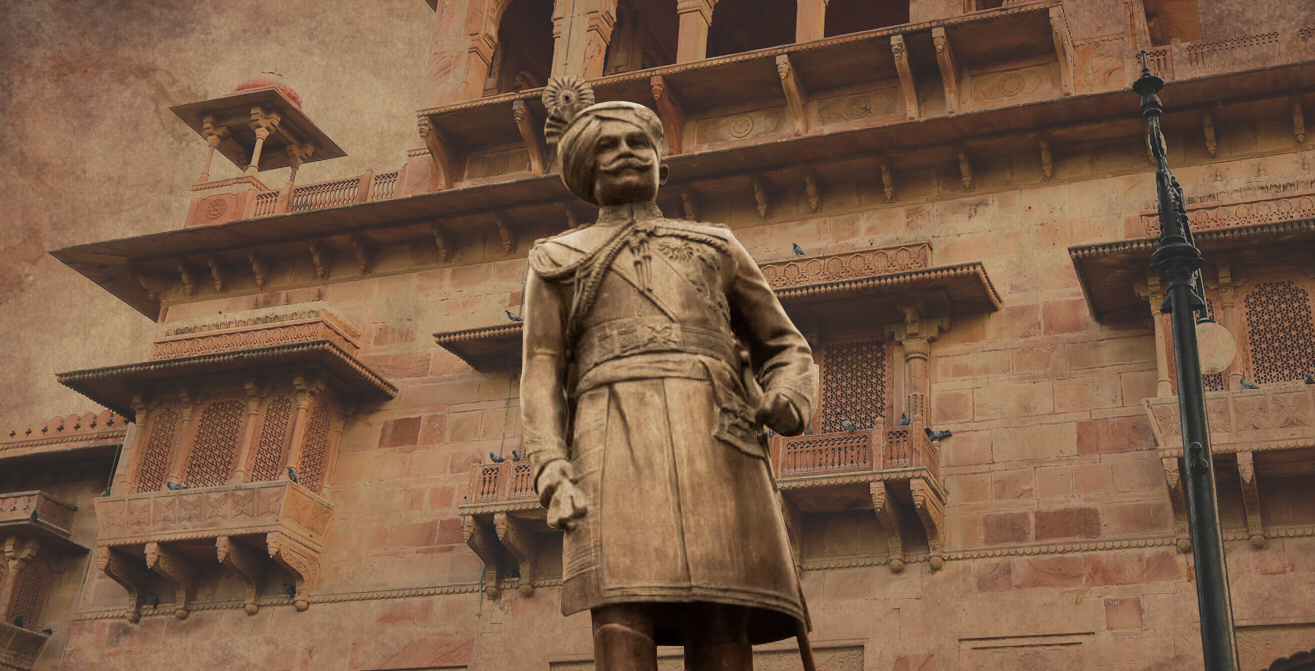 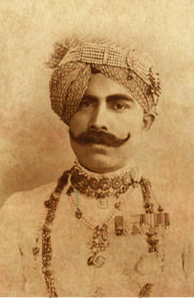 Bikaner at that point was sited at the Rati Ghati, or the red Pass, a meeting point of desert trade routes. Over the centuries caravans crossed the desert on their way to India’s ports, making Bikaner an important crossroad where the products of India were exchanged with those of China, Africa, Persia and Arabia.

In 16th century, Raja Rai Singh, the sixth ruler of Bikaner built the Chintamani Durg, now popularly known as Junagarh Fort. Long before the European concept of palaces became prevalent in India, the Rajas and Maharajas lived in forts which provided security and refuge from invaders. The magnificent Junagarh Fort served as the residence for Bikaner rulers for 400 years

As by the beginning of the 20th century the days of active battles had long disappeared so the times of relative peace meant that it was no longer necessary to live in defensive forts. The princes could now

Bikaner evolved into an important state over four centuries, but its most remarkable ruler was Maharaja Ganga Singh who ascended the throne in 1887 at the age of seven and ruled until 1943. He transformed Bikaner from a feudal kingdom into a progressive state. It was felt that the medieval atmosphere of the Junagarh Fort was not the right environment for a modern young prince and also it did not lend itself to the arrangements and conveniences of modern times.

The construction of the new palace Lallgarh began on the outskirts of Bikaner city. Designed by Sri Swinton Jacob, as residence of Maharaja Ganga Singh, the Lallgarh Palace is one of the best examples of Indo-Saracenic architecture amalgamating the best Rajput, Muslim and European styles. 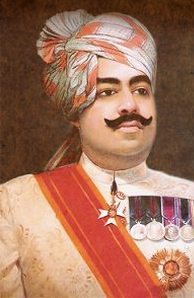 Maharaja Dr. Karni Singhji, the 23rd ruler of Bikaner was very concerned about the preservation of these massive properties. He felt deeply responsible for these ancient monuments and came to the conclusion that it would be best if the Lallgarh Palace be vested in a trust; therefore, he created The Maharaja Ganga Singhji Trust in 1972 and transferred two wings of the palace into the Trust. In 1974 Trust started running hotel from those two wings.

Now converted into a luxury Heritage Hotel, it reminds you of the days when the grand courtyards and imposing lawns rang with the pomp and pageantry of royal durbars. The magnificence of the gilded age of Maharajas, the sheer luxury and laughter of its resplendent visitors, men from the pages of history, Lord Curzon, King George V, Lord Minto, Lord and Lady Willingdon, Lord Chelmsford, Earl of Reading, Lord Irwin, Lord Linlithgow, Lord Mountbatten, President Dr. Rajendra Prasad and many more, to the present-day visitors includes Governors, Chief Ministers, film stars such as Sunil Dutt, Amitabh Bachahan, Vinod Khanna, Sunny Deol, Sanjay Dutt and many others. Several film shoot has taken place at The Lallgarh Palace. 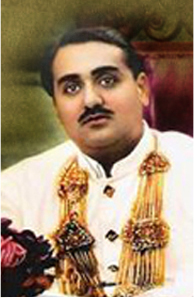 The Sadul Niwas courtyard provides open air dining with bonfire and light entertainment where you can experience the rich Rajasthani culture.

The Durbar Hall, the royal venue for official functions and state banquets and formal durbars at the turn of the century, now available for conferences, banquets and weddings and welcome you to enjoy the same facilities in a historical way blended with modern amenities.

All in all the Lallgarh Palace is a luxury Palace hotel standing tall with its heritage, created to celebrate your stay royally and committed to make it unforgettable.