Over a century ago Maharaja Ganga Singhji of Bikaner, commissioned a Palace that has withstood time and desert sun for over a century. Located in Bikaner (Rajasthan), deep in the heart of the Thar Desert, the Lallgarh Palace has all the charm and splendor of a royal age that has long since gone.

The Palace has a surprisingly harmonious blend of east and west and is considered among the most remarkable royal residences built during the 19th century. Its Architect, Sir Samuel Swinton Jacob, valued the contribution of local Indian craftsmen. The result is a grand structure with classical Mughal and Rajput touches adorning the exterior, and British-inspired interiors, complete with billiard, smoking, and card rooms. It is said to be Jacob’s finest creation.

The exterior of Lallgarh Palace is covered with impossibly delicate stone carving and has the distinctive hue of the red sandstone of the Thar Desert. The cupolas domes and balconies were carved by local craftsman with such delicacy that even today the solid red sand stone has the fragile appearance of lace.

Today, two wings of the Lallgarh Palace have been reincarnated as luxury heritage hotel with 59 rooms that combine the best of modern conveniences with vintage furnishings. The Palace’s hallways are lined with charming sepia photographs and cherished hunting trophies. The grounds have lush, lavish gardens oft visited by peacocks and an indoor pool that completes the picture of a perfect desert oasis.

Guests may sample traditional local delicacies as well as continental fare and can dine al fresco in royal style, to the accompaniment of Rajasthani folk music and dance.

The Lallgarh Palace is perfect for those looking for nothing less than a royal experience – palatial rooms, exquisite gardens, and dancing peacocks are all included. 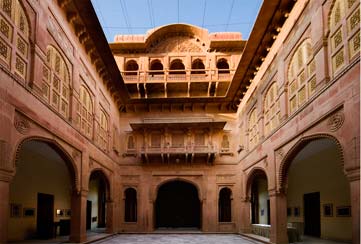 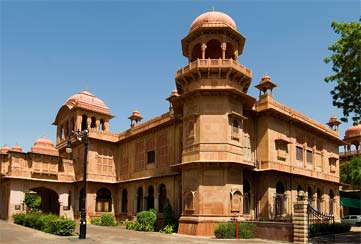 I am very happy to be here warm hospitality, fresh air, and lovely ambiance. What more is needed. I will like to come here again and again.

Thanks for a very comfortable and pleasant stay as always, the ambience, the service and hospitality was excellent. Keep up the good work.

Thank you for a wonderful stay – the last 2 days have a best of action – So many works have been started / or finished. I wish you all the best on the occasion of Independence Day.

*Acceptance of all major Credit Cards 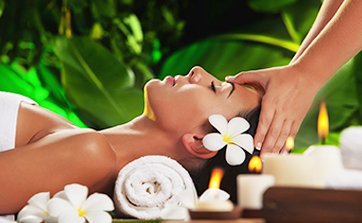 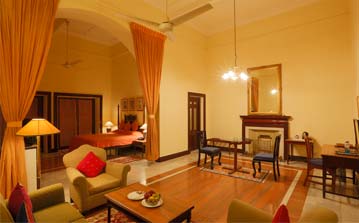 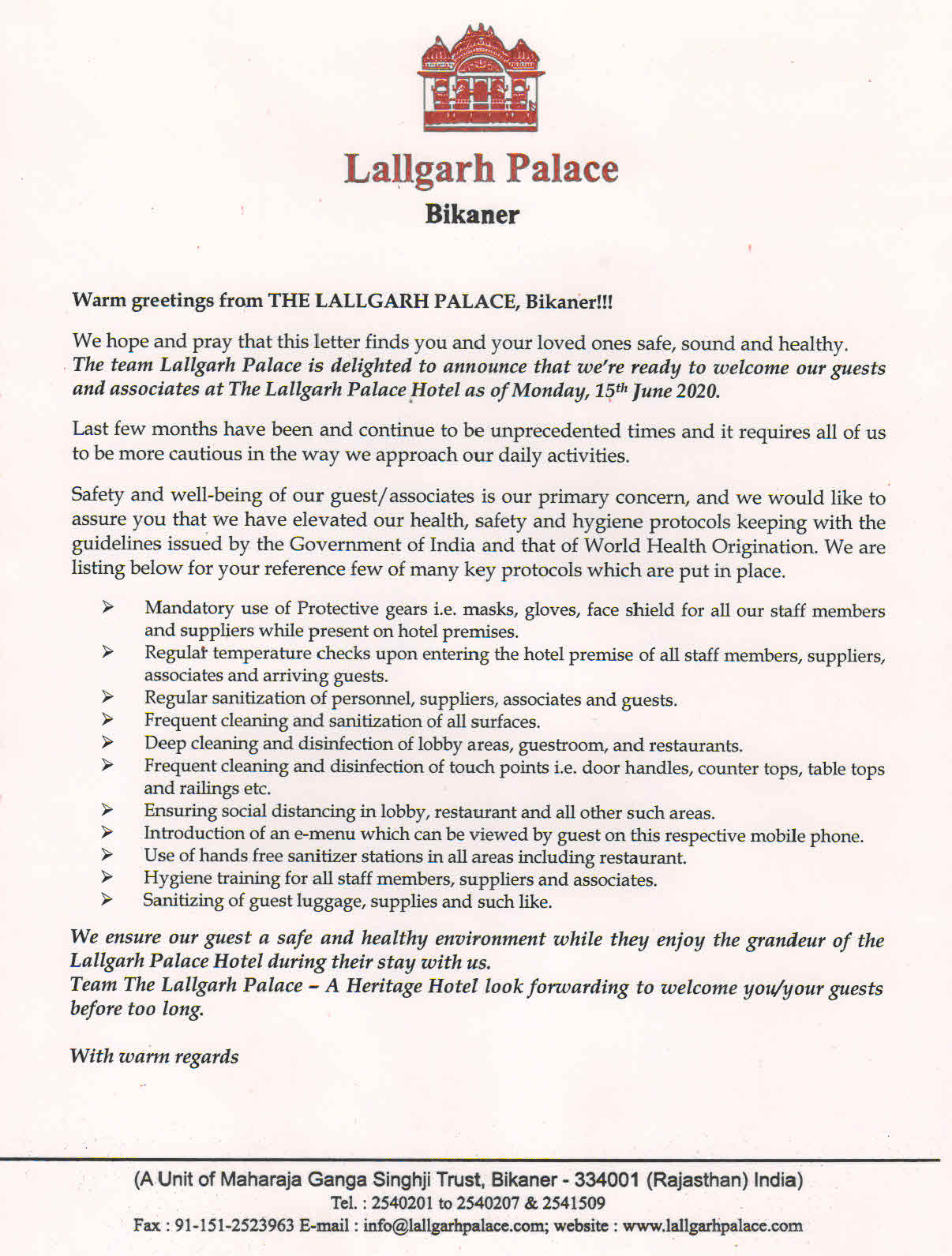